Sacrifices in a Long Distance Relationship

Your electronic devices like cell phones, and computers work well to keep you both in touch, but eventually it’s crucial that you spend hours of time together just being in the same place. There’s really no other effective way to determine if you are right for each other. As I mentioned in my earlier post, nobody dates long distance for fun.  Long Distance Relationships (LDR’s) are difficult; emotionally draining, lonely, and expensive. Both partners need to put in effort to make their LDR work.
a
You’ll want to also limit the amount of romantic getaways that you have planned with your partner, because your views of this person will be quite abstract otherwise. Try to put yourself in as many different circumstances with each other as possible, before you decide that this is the right person for you. Only going on romantic holidays will falsify your perspective of your partner because all you’ll have witnessed is that they are loving, sweet, and attentive.
a
Nobody is perfect, we all have moments or days that we are not at our best. Try to spend time with them after a hard days work,  stay with them at their flat with their roommates present and see what their “bad habits” can be and how they deal with the people around them. How do they react when they’re stressed?
a

Are They Worth the Sacrifice

Before you can assume that you love this person enough to reel up your anchor and set sail for moving, you need to gather a wider range of knowledge about this person. It may seem odd to just spend time with your partner, witnessing them live their day to day life, But I believe it’s vital to your relationship. For the better chance of success, you want to know this person inside and out, in all aspects of their lives.After you have spent lots of time together, sharing your normal day to day lives, is when you want to start considering where is this going? Are we going to continue this relationship?
a
If this becomes more serious, who will be the one to move? Can we make that sacrifice? There needs to be a discussion on your ultimate end goal.  That doesn’t mean something has to happen within 6 months or a year, but it’s recognising that you know you’ll need to come to the decision about continuing your relationship and moving forward or maybe ending your relationship if you don’t share the same desired outcomes. 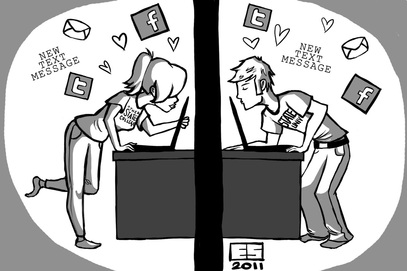 Being in a LDR online.

Neither one of you should feel forced into the conversation, it should come about naturally. Also if one of you doesn’t feel ready to move in together, then it may be time to re-evaluate your relationship. How long have you been together? Is it something you would continue even if you may not get the outcome you were hoping for? Depending on the time you’ve been together, it may be worth sticking out for longer to see if you both needed more time to get to know each other better, and develop more feelings. I wouldn’t rush into this topic, nor would I want to assume that this is how  either one of you will feel forever.
a
Chris and I have been very fortunate enough that we have managed to see each other every couple of months. We have lived together for a few weeks at a time in both England and America. Seeing each other as normal and natural as we can get! From the moment we got into a relationship together, we both were aware we wanted something serious, but of course we didn’t know if our relationship would work out. We were still happy to give it a fair try. But the time came that we needed to ask each other where we thought our relationship was headed, and most importantly, would we both be willing to move if we had too?
a

We were a little over 4 months into our LDR, and Chris had not come to America yet. His flight has been purchased months prior, so it was planned and set to happen. I was in England for the 3rd time that year, because I surprised him for his birthday right before Christmas (a post to soon follow). We were laying in bed, and Chris was opening up a bit, talking about his feelings and his thoughts about his future. He realised that he would be graduating soon, and felt a bit nervous, naturally. The conversation drifted onto our future. I had thought about it before while I was at home alone, but now we were properly talking about it. 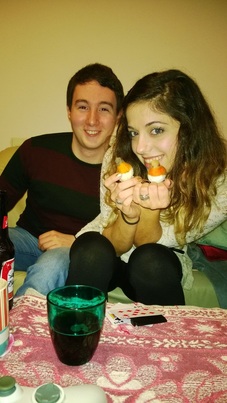 When it came down to it, we both agreed that we wanted to be together, and keep maintaining the relationship. When he asked if I would move to England, I was a bit scared of the thought because that would mean I would be moving away from my family, friends, and giving up my business. I told him that I wouldn’t want to move over unless I knew it was forever. My intentions of a relationship was to eventually get married. I felt my response was reasonable because moving into a whole new country was a huge sacrifice in itself.
a
I asked him if he would ever move to America. I wanted to know what he would be willing to give up in his life, to be with me, if he had to. This is when he told me he didn’t think he could move out of England.I was shocked and also a bit hurt. This is when I knew that his visit to America was going to mean so much more than what we thought it would be initially.  Obviously we always interpreted it as time being spent together. But now it meant the end or the future of us. I said to him that America was going to make or break us. I want to be in a relationship with a person who is willing to sacrifice as much as I will. So to hear that he didn’t think he could see himself living in America really upset me in the moment. I said out loud, “you haven’t been there yet” but it was meant for me as I was trying to justify his response. The more he continued on, the better I understood where he was coming from.
a
He has never been to America, I’ve been to England a few times and already knew what to expect while I was here. So in other words, he was nervous. He has never made that far of a journey from home. Which also meant, he couldn’t give me a straight answer, until he’s been there.The fact that he was willing to come over to America to see me, and stay with me for a couple weeks was monumental in itself. A student in his second year of Uni. Making the time to come see me during his holiday, living off of a students income. We both lightened up the mood by reminding each other that we still wanted to try and make our LDR work. He just didn’t have the experience yet to honestly tell me if he could live elsewhere from where he’s grown up all of his life. 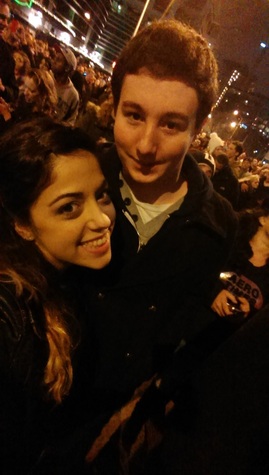 Chris and I at the Space Needle in Seattle.

Fast forward 2 months, Chris has come and gone from America, and loved it. We had so much fun together and really connected more than we ever thought we could. It’s February and we are celebrating our 6 months anniversary, and Valentines Day. We have a list of questions to read over to each other as part of our date, and some of those questions were serious, just like our talk we had in December. Now that he has been to America, he said he could see himself living there. I was ecstatic. We both were at a place in our hearts were we could comfortably sacrifice something in our lives for each other, equally.Our hopes and goals for our future are definitely exciting for us.
a
We are not yet living together, but are planning to apply for a UK Fiancé Visa. My life plan has been to move out of America at some point in my life, and for a while I thought it would be me obtaining my dual citizenship in Canada and living there. The likelihood of Chris getting a decent job here in America his first year out of Uni is quite poor, so we are preparing for me to move there upon approval of our UK Fiancé Visa application in early to mid 2016. 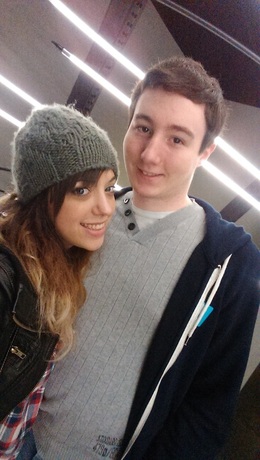 Chris and I at the Experience Music Project Museum in Seattle, WA.

Be sure to ask yourself and each other, How far you would go for Long Distance Love? We decided we would travel the world to be together.
a
-Chelsea
Distance   LDR   Life   Trip   USA

Chelsea Martin is a Certified Pet Dog Trainer (CPDT-KA) and a Certified Behaviour Adjustment Training Instructor (CBATI). She has been training dogs professionally since 2007, and is the Head Coach for Dogs Trust Dog School Nottinghamshire. She met Chris on a trip to England in 2013, Married him on New Year's Eve - celebrating 2016 as husband and wife!